Star Wars Battlefront II, Counter-Strike: Global Offensive, Overwatch, FIFA 18: these are just a few examples of video games using loot boxes. They are becoming an increasingly common form of microtransaction introduced into video games by developers. But concerns are being raised that they can lead to addiction, particularly among young players. Gambling regulators in various countries are also beginning to take a close look at loot boxes. The Polish government, for one, has announced that it plans to study loot boxes and the related risks. Do loot boxes truly pose a threat requiring regulation?

What are loot boxes?

The mechanism of loot boxes (also called “prize crates” or “loot crates”) is simple. In exchange for a certain amount of money, a player receives a “box” within the game containing an add-on (e.g. a more or less useful item, a unique ability, or a “skin” changing the avatar’s virtual appearance or the colour scheme of weapons). The nature of the add-on is not known at the time of purchase but is determined later, when the box is opened, at random using a computer algorithm. The mechanism is depicted in this animation of a loot box from the game Counter-Strike: Global Offensive from Valve, Inc.: 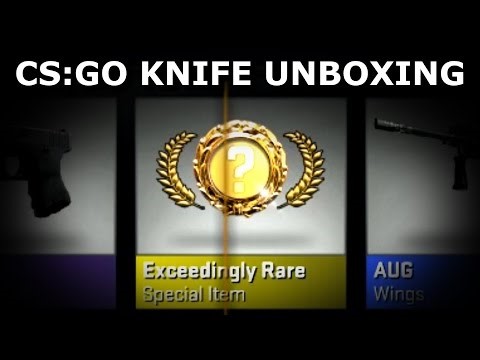 Significantly, the add-on generated by chance may have varying value; it may be lower than the amount paid for the loot box or much higher. This refers not only to the added value within the game itself, as expressed in the virtual currency functioning in the game (e.g. “Shark Cash Cards” in the game GTA V) or its usefulness for the player, but also to a tangible market value. In the case of many virtual items and add-ons from games, there is a thriving secondary market. For the rarest items, with the lowest odds of being generated in a loot box, the prices reach truly astronomic sums—even tens of thousands of dollars—while the purchase price for the loot box itself rarely exceeds a few dollars.

Loot boxes are a manifestation of the business model currently prevailing on the gaming market, known as GaaS (games as a service). Under this model, games are offered to consumers not as a one-off purchase, but as a long-term, ongoing service relationship between the player and the game’s producer or publisher. After all, it’s easier to retain existing players and encourage them to make additional purchases than it is to recruit new players. Loot boxes are introduced into games as one of many types of microtransactions, tools that enable generation of steady revenue from a game after its initial purchase by the customer. In the case of game producers, revenue from microtransactions already accounts for close to 40%, or even 55%, of their total revenue, and this figure is growing year by year. The game industry is thus more and more focused on introducing solutions of this type in their products.

Why are regulators concerned?

In September word spread around the internet of more and more European regulators deeming loot boxes in video games to be a form of gambling, requiring application of the relevant regulations. The first to take this position was the Netherlands, soon followed by Belgium (where the authorities are conducting criminal proceedings against one of the world’s largest publishers of video games, Electronic Arts). Loot boxes are also being examined by gambling authorities in other European countries, such as Sweden and the UK.

Why this uproar? It must be remembered that the audience for games offering loot boxes is largely made up of young people. Some experts take the view that from a psychological or even neurological point of view, loot boxes are no different from slot machines. Both of them operate on the basis of “variable rate reinforcement.” They exploit the jolt of dopamine sparked in the human organism by the element of uncertainty in the prize to encourage the customer to commit greater and greater funds to obtain a satisfactory result. Consequently, there is also a fear that loot boxes can lead to addiction, and not only among minors.

What is the legal status of loot boxes in Poland?

The potential dangers connected with loot boxes and the need to regulate them will also be examined by the Polish gambling authorities. According to information obtained using the procedure for access to public information, it appears that the Ministry of Finance perceives a risk arising from the spread of the element of chance in video games, but for the time being does not see the grounds for extending the formal definition of gambling to cover solutions of this type. The Polish Gambling Act provides a fixed catalogue of types of games subject to the act, and in the ministry’s view loot boxes do not fall under any of these definitions. The ministry also declares that it does not plan any legislative work aimed at amending the Gambling Act to expressly cover loot boxes.

The position of the Polish Ministry of Finance will no doubt cheer members of the game industry, but may lull them into a false sense of security. In the case of the Polish regulations, it is indeed hard to regard loot boxes as a form of gambling such as cash betting, numbers games, bingo or cylinder games. But it is not so certain that they do not qualify as a specific type of raffle or even machine gaming. In both of these classifications, the only doubtful issue is the nature of the potential winnings, as the definition of raffles and machine gaming requires that the stakes to be won from wagering in the game must take the form of cash or tangible property. By contrast, loot boxes in most cases enable players to win only a digital prize, and the strictly digital nature of the prizes is also one of the most common arguments against regulating loot boxes as gambling.

How do loot boxes differ from gambling?

The video game industry claims that the “items” obtained when opening a loot box don’t constitute winnings because their usefulness is limited to the virtual world of the given game. Nor do they have any tangible market value because cashing out, i.e. selling the digital asset from the loot box on the secondary market, is formally prohibited by the end-user licence agreement accepted by players (limiting use to the “closed loop” of the game). But it must be pointed out that notwithstanding these prohibitions, the secondary market for virtual items is thriving. Trading in these items does in fact occur, on the grey market, and thus the prizes from loot boxes may have a market value notwithstanding the prohibitions provided in the licence.

The Netherlands Gaming Authority addressed this issue when analysing the possibility of applying the Dutch gambling regulations to loot boxes. According to the report entitled “Study into loot boxes: A treasure or a burden?,” if items from loot boxes are transferrable to other persons, it should be recognised that they have potential market value. The Belgian Gaming Commission went even further, issuing a report finding that the tangible market value of virtual items is irrelevant; it is sufficient to find the contents of loot boxes to be “winnings” if the players themselves regard them as valuable, even for merely aesthetic or functional reasons. The Belgian authority also dismissed another argument against regulating loot boxes, that they cannot constitute gambling because the player buying a loot box always wins some item, of greater or lesser value. The response was that the player may nonetheless “lose” because the value of the item received may be less than the price of the loot box, and in this sense the loss is equal to the difference between the price of the loot box and the value of the prize won.

The studies by the Dutch and Belgian regulators show that the grounds for classifying loot boxes as gambling may also exist in Poland—even under the regulations currently in force. It would not be a huge leap for virtual items from loot boxes to be recognised as a specific type of tangible winnings, which would lead to their treatment as a raffle or electronic game on a gaming machine.

The future—further convergence between video games and gambling

In our view, the state authorities may be expected to take an increasingly harsher approach to loot boxes in the future. The profits generated for producers and publishers of games from the introduction of solutions based on random chance are leading to closer and closer convergence between video games and gambling. It is enough to consider the growing popularity of “social casino” games and “skin gambling,” or even the spread of casino-based terminology in mobile games (dividing players into “whales,” “minnows” and “dolphins” depending how much they are willing to spend in the game).

Regulators have also noticed a trend toward convergence between the two industries. Representatives of 15 gambling authorities, members of GREF–the Gaming Regulators European Forum, issued a declaration in September 2018 promising to take measures to combat the threats connected with the blurring of boundaries between video games and gambling. One of the signatories is the Polish Ministry of Finance.

Although the situation of loot boxes appears safe under Polish law at the moment, at least from the perspective of the video game industry, this could change at any time. It is thus worthwhile to monitor the position taken by the authorities involved in GREF and weigh the potential business consequences of the sudden need to comply with gambling regulations.